How Does Taxotere Work Against Prostate Cancer? 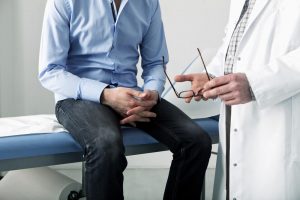 Docetaxel, a drug Sanofi markets as Taxotere, is an FDA-approved chemotherapy drug used to treat prostate cancer, breast cancer, and stomach cancer, among others. Unfortunately, at least 8,000 people and counting are pursuing a class-action lawsuit against manufacturer Sanofi for ignoring and downplaying serious adverse effects. Here’s more about how Taxotere is intended to work against prostate cancer and how it negatively affects patients.

Taxotere is formally described as a “microtubule inhibitor” designed to prevent prostate cancer from spreading.

Microtubules are small, hollow cylindrical groups of molecules inside each cell. Under healthy conditions, they give cells their genetically defined shape. They are also involved in moving substances between cells and reproducing in a process called “mitosis.” If cells within the prostate gland are cancerous, they can also use mitosis to grow.

During a chemotherapy period, doctors give Taxotere on one of two schedules. One of these requires treatment every three weeks through an intravenous line. Although this dose seems to be more effective, some patients can’t tolerate the higher dose. The second schedule requires a lower dose to be administered weekly.

Once in the body, the drug attaches (“binds”) to the cancerous cell’s microtubules, blocking them from breaking or contributing to the complete division of a cell. If a cell cannot reproduce, then it will die without “descendants” that would otherwise continue the growth of the cancerous region.

What Research Was Done Regarding Taxotere? 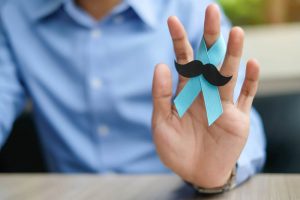 Taxotere has clinical trials supporting its efficacy against various types of cancers. In the United States, the FDA has authorized its use to treat prostate, breast, stomach, head, neck, and certain lung cancers. Researchers compared Taxotere to other different chemotherapy medications and found that it was superior when it came to slowing cancer progression. However, just because a drug is effective does not mean that it’s safe. If side effects to the patient are more significant than the benefit they would have from taking Taxotere, then your doctor should remove the drug from your treatment plan.

A factor Sanofi used in researching Taxotere was its biodistribution, which covers where the drug goes in the body and what organs it acts on. Since Taxotere is attracted to the prostate gland and displayed anti-cancerous activity in prostate cells in vitro (outside the body), doctors now use it to treat prostate cancer.

What Are the Side Effects of Taxotere for Prostate Cancer?

Taxotere, like many other chemotherapy drugs, is highly potent and efficacious against its microtubule target. Unfortunately, the drug’s chemistry and mechanism also make patients prone to serious adverse events. There are two main reasons why side effects occur.

First, Taxotere does not discriminate between cancerous and non-cancerous regions of the body. The drug goes to specific locations according to its biodistribution and will affect those areas regardless of whether or not they are healthy. Doctors must weigh the consequences of Taxotere affecting unwanted locations when prescribing it.

Second, Taxotere is often prescribed in conjunction with other medications, like steroids. These drugs suppress the body’s immune system to enhance the effect of chemotherapy.

Observed side effects Taxotere patients have experienced include:

What Are the Serious Effects of Taxotere?

The most serious possible side effects of Taxotere involve irreversible vision problems, such as:

Thousands of Taxotere patients have experienced these devastating problems, harming their quality of life. Unfortunately, while Sanofi knew about the possibility of these effects, they did not report them until sixteen years after Taxotere was first approved in 1998.

You might be entitled to compensation if you experienced excessive tearing or other vision problems after receiving Taxotere for prostate cancer. The Taxotere lawsuit lawyers of Hotze Runkle PLLC are working with a nationwide team to defend the rights of patients suffering from these conditions. If you were one of those negatively affected by this drug, don’t wait to begin pursuing the compensation you deserve. Give our compassionate team a call today at (800) 763-6155 for a free, no-obligation initial case review.